A couple of weeks ago, after completing the "Long Term" dataset (see report here) we uploaded new data to Stall Catchers dealing with the VEGF molecule. Read all about it below...

What is "anti-VEGF" & why is it important?

Vascular endothelial growth factor (VEGF) is a molecule that is critical for the growth of new blood vessels (angiogenesis) in the body. It also plays a role in other "signalling pathways" in our cells, including those that lead to production of a free radical nitric oxide (NO). Free radicals are generally involved in inflammation. 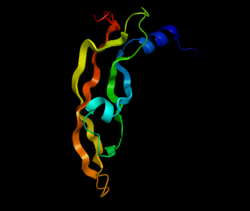 Anti-VEGF is a type of treatment that targets VEGF molecules and blocks them, so they are unable to carry out their functions in the cells. Remarkably, anti-VEGF are quite famous cancer drugs, since inhibiting VEGF reduces angiogenesis, thus reducing tumor growth and metastases.

Meanwhile, another molecule that we've already studied in Stall Catchers, NOX2 is also involved in the formation of free radicals; among those, singlet oxygen. We've already looked at how blocking it with NOX2 inhibitors influences blood flow. (Read more about the "NOX" dataset here).

Our collaborators at Cornell suspect the two processes might work together. They think nitric oxide (NO) produced by VEGF, and the singlet oxygen produced by NOX2 combine to produce molecular peroxynitrite: a long-lived oxidant that is damaging to cells.

Their hypothesis suggests that amyloid-beta oligomers (amyloid plaques), which accumulate in the brain in Alzheimer's, leads to activation of NOX2 and activates VEGF signaling. In turn that leads to the production of singlet oxygen and NO and thus to peroxynitrite, which damages molecules in the endothelial cells (cells that comprise the blood vessel walls) and triggers the inflammatory response that leads to capillary stalls.

The hypothetical sequence of events that lead to stalls through NOX2 & VEGF activation in the brain. This idea has not been proven yet.

Why are we studying this dataset?

To understand if this process is indeed linked to stalls, we need to do our usual analysis, examine individual vessels, and see if anti-VEGF therapy reduces the frequency of stalls in Alzheimer's mice or not.

If that's indeed the case, it would provide another piece to the puzzle concerning the molecular mechanisms leading to stalls. We need to understand these pathways well so we can identify the best place to intervene. The video below explains why:

How does this help find a treatment?

Not directly: as with the previous (NOX2) and any dataset concerning the molecular mechanisms behind stalls, each research question provides a piece to the puzzle. Increased understanding of these processes helps us figure out how to intervene safely and effectively. In other words, it helps us identify promising drug targets, which is the first step towards an informed treatment development.

On the other hand, anti-VEGF drugs are already on the market and are widely used as cancer drugs, which, if found promising and safe, could make it easier to treat Alzheimer's disease too. We are not widely testing such drugs yet, but this short video explains how it would work via Stall Catchers in principle:

So please head to the "virtual lab" and help us crack this one too! :)

Anyone who has played Stall Catchers recently might have noticed things slowing down. And thank goodness you told us, because that gave us a chance to fix it! It’s

It's that time of the year again, and we're inviting you to celebrate The Longest Day by playing a game to speed up Alzheimer's disease -- Stall Catchers! Play Stall