Leaders change quickly in the Stall Catchers #CrushALZ competition, with new and old teams bringing surprises of all kinds! Read the full report of Day 19 below...

And join #CrushALZ if you haven't yet! Anyone can do it. 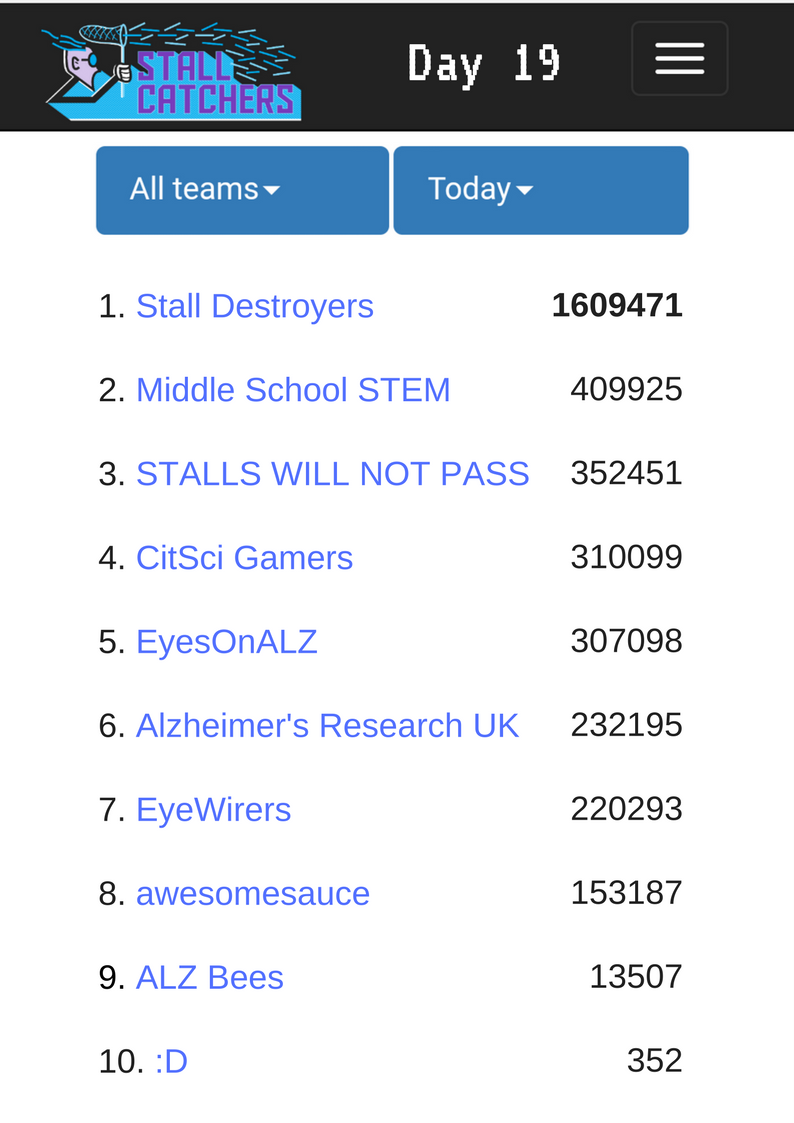 Stall Destroyers are still confidently leading the daily #CrushALZ with almost 4 times the points of the next team! Meanwhile, Middle School STEM have won their position in the daily top ranks, and STALLS WILL NOT PASS have jumped from 5th to 3rd place!

Previous leaders CitSciGamers, EyesOnALZ we left a little behind in 4th and 5th places, followed by Alzheimer's Research UK and EyeWirers, who have sadly dropped from 3rd to 7th place on Day 19.

We are happy to see our newest teams making their mark on the daily leaderboard!! Congrats to awesomesauce, who joined 2 days ago, ALZ Bees, who joined only yesterday, and team :D!

As these teams clearly illustrate here - it is never too late to join the competition to #CrushALZ! There's 11 days left, and you can still make your mark on the leaderboards - not to mention help us #CrushALZ with research.

Stall Destroyers grab the leader title on the all time leaderboard! 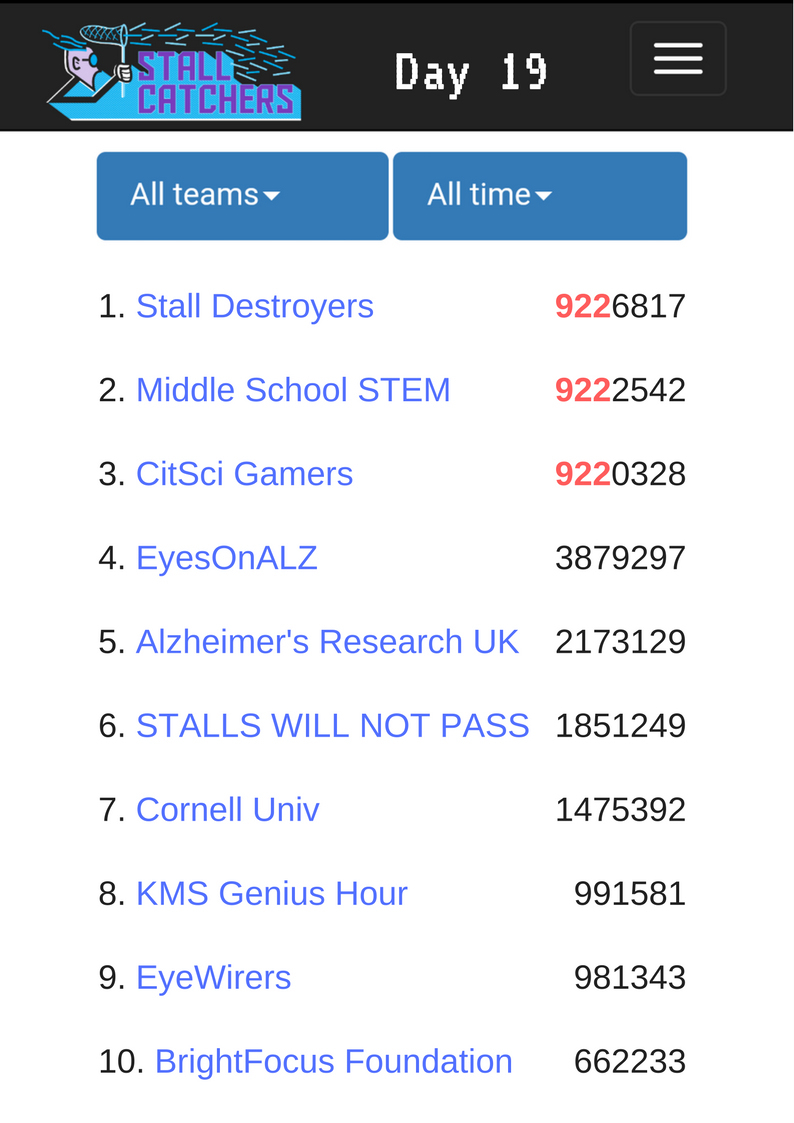 CONGRATS to Stall Destroyers who - as predicted - have grabbed the first place from the two teams who have been "bickering" the longest on the All time leaderboard - Middle School STEM and CitSciGamers! Albeit Stall Destroyers are only leading by a little bit, and both runner ups are not that far behind!

To fully appreciate the triumph of Stall Destroyers take a look at their other team stats - they have been competing for only 13 days having joined the competition later, while Middle School STEM and CitSciGamers have been part of #CrushALZ from the beginning. AND they have only 7 catchers on the team!! And yet, they were able to catch up and overtake the two long-term leaders! 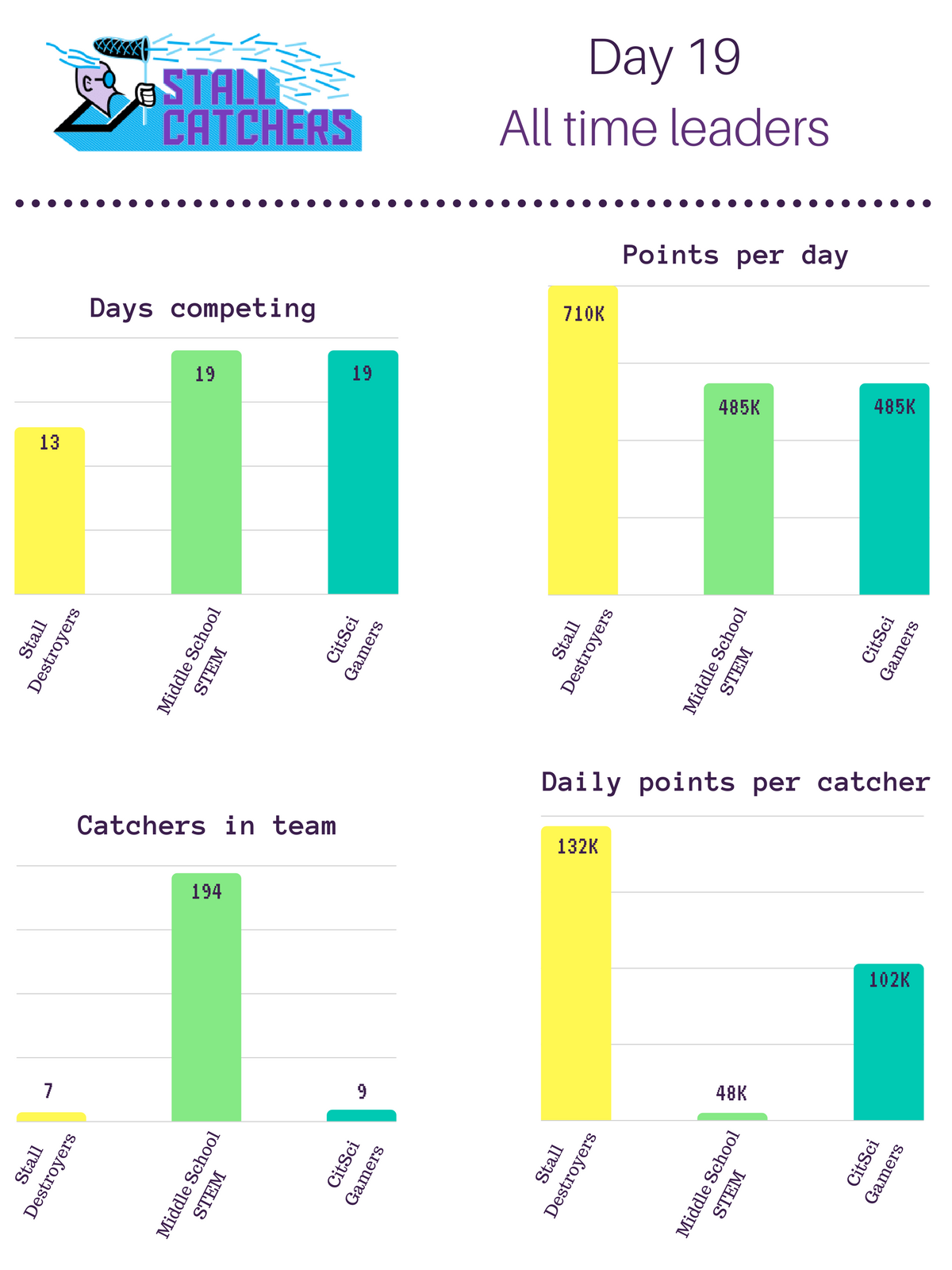 It looks like Stall Destroyers are, naturally, collecting more points per day - almost 1.5 times more than the other two teams. AND their catchers are also contributing an average of 132K points per catcher per day, which is a whopping number!

Worth mentioning, is that the most active member of Stall Destroyers seems to be FlowFinder, who is - unsurprisingly - at the top of the users leaderboard this week too! 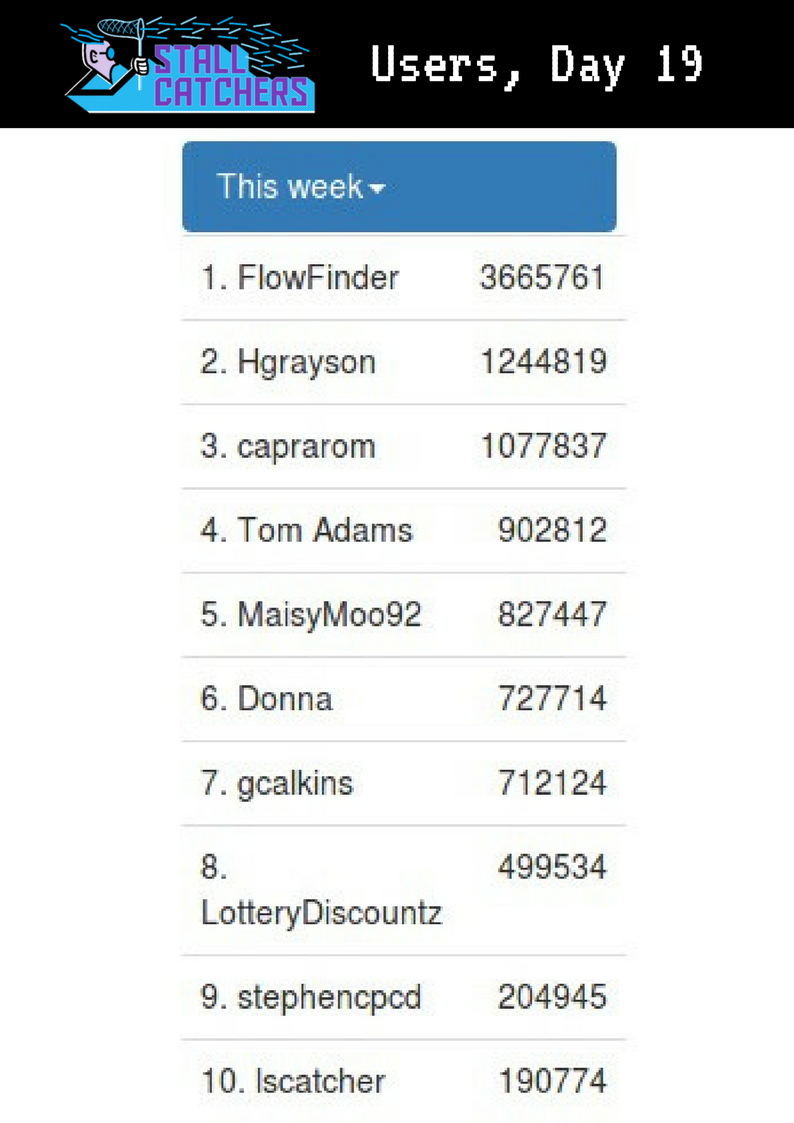 The fight to #CrushALZ continues! Good luck to all teams & catchers on Day 20!

After 20 days, we are still catching stalls at record speeds with new teams joining the #CrushALZ competition on Stall Catchers every day! See the report of Day 20 below,