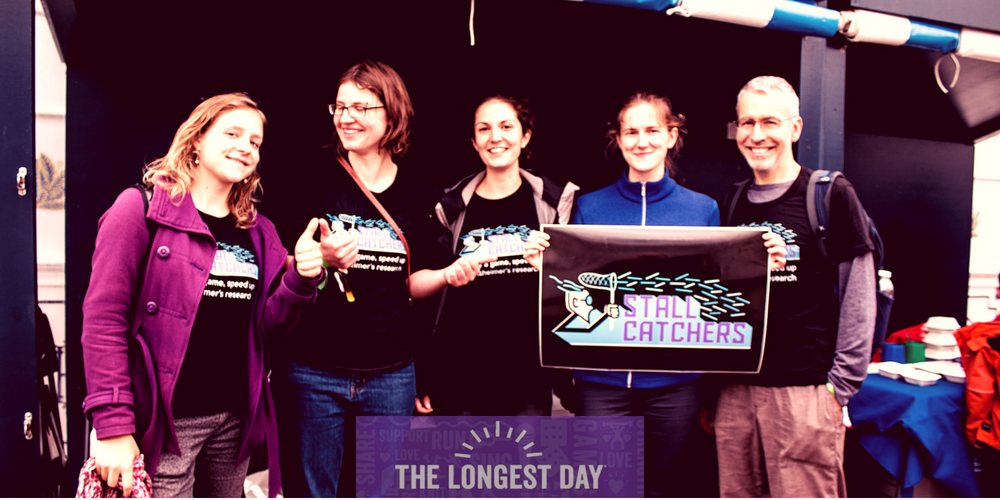 New to Stall Catchers? Here's all you need to know:

Stall Catchers is a citizen science game, developed by the Human Computation Institute, as part of the EyesOnALZ project. We are crowdsourcing promising Alzheimer’s research data from Cornell University. With your help, we could find a potential treatment in just a few years!

Anyone can play Stall Catchers: we have a community of over 10 000 "catchers", many of which are caregivers, family members of those affected, and people living with Alzheimer's themselves.

In the game, you look for “stalls” - clogged blood vessels where blood is no longer flowing. Stalls are a common hallmark of Alzheimer’s, and are linked to a severe reduction in blood flow in the brain. However, if stalls are removed in mice, they regain some of the cognitive function, and other Alzheimer’s symptoms seem to decrease.

The game is easy enough to learn, and we help you out in the beginning! Even if you get a couple of questions wrong - don’t worry. Each vessel will be seen by other citizen scientists so we can figure out the right answers together.

This year, we are joining the fight to #ENDAlz and invite you to join our team and catch stalls through the month of June and on The Longest Day, June 21st!

Yesterday, during the longest day of the year, we joined forces to #ENDAlzheimers via Stall Catchers. Here's the final results! We fell a little short of our goal of 6500

Thank you so much for joining us and the Watertown community in the special "This Is Our Life" challenge today 💜 Together, we managed to achieve about 39.7