Alice (@penguingalaxy) and me (Egle, @seplute) just got back from the Mozilla Festival, where we got to hang out with the Open Science gang for three days!

Starting Friday (10/28/2016), we set up camp at Ravensbourne college, London, together with dozens of other fascilitators preparing sessions in Open Science, Open Badges, Open Web, Journalism, Education & much much more. 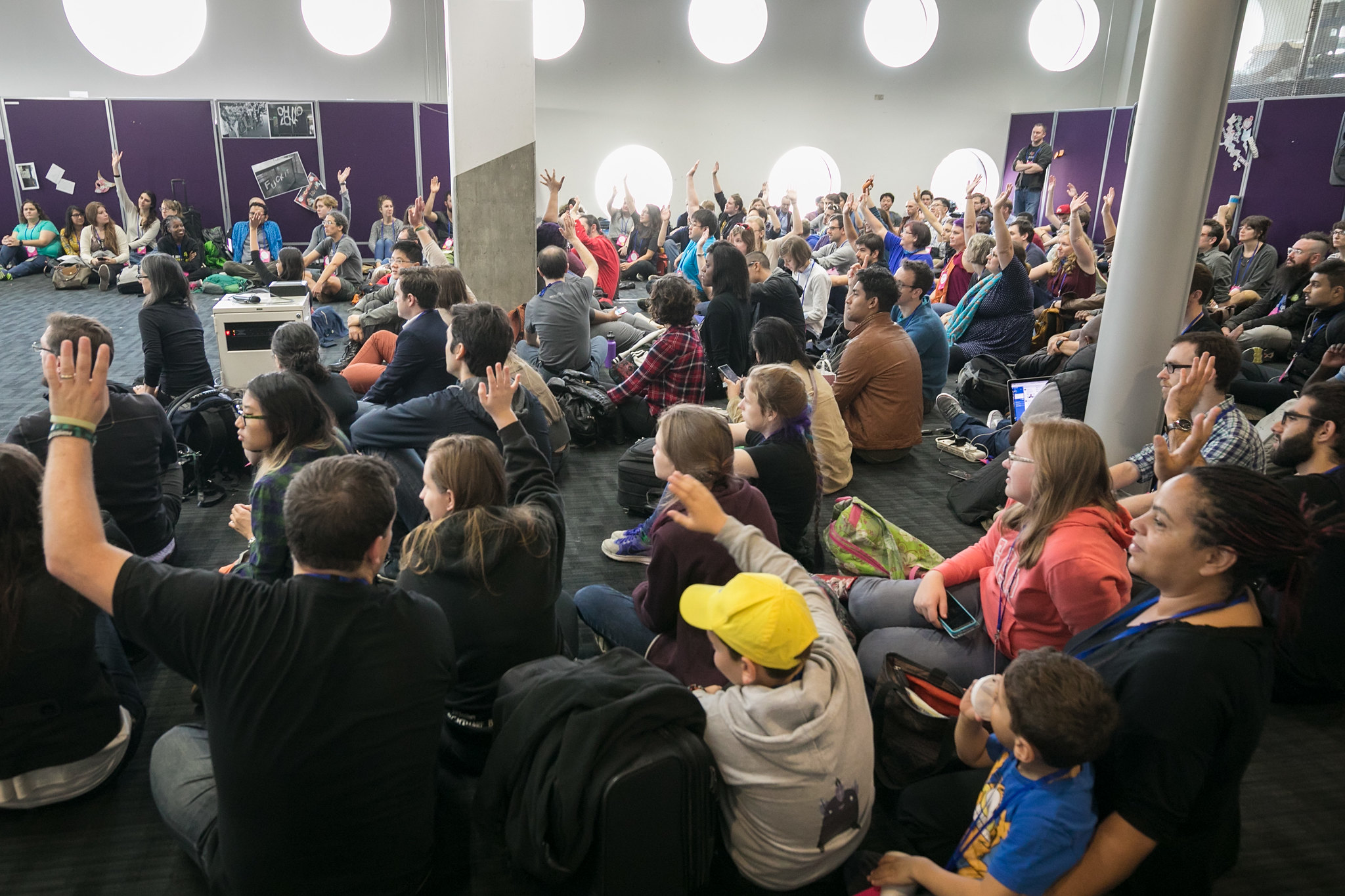 Mozilla Festival is a wonderful unconference style event, which produced by the Mozilla Foundation, and run by the participants themselves! "Fascilitators" (hand-picked from their applications earlier in the year) fly in from all over the world to run various workshops, interactive sessions, learning labs & demos throughout Saturday & Sunday in different areas on 9 floors. The whole building is buzzing with ideas & inspiration, to say the least!

To kick of the event, a Science Fair is held on Friday evening, where selected projects can show off their work. We were there too! 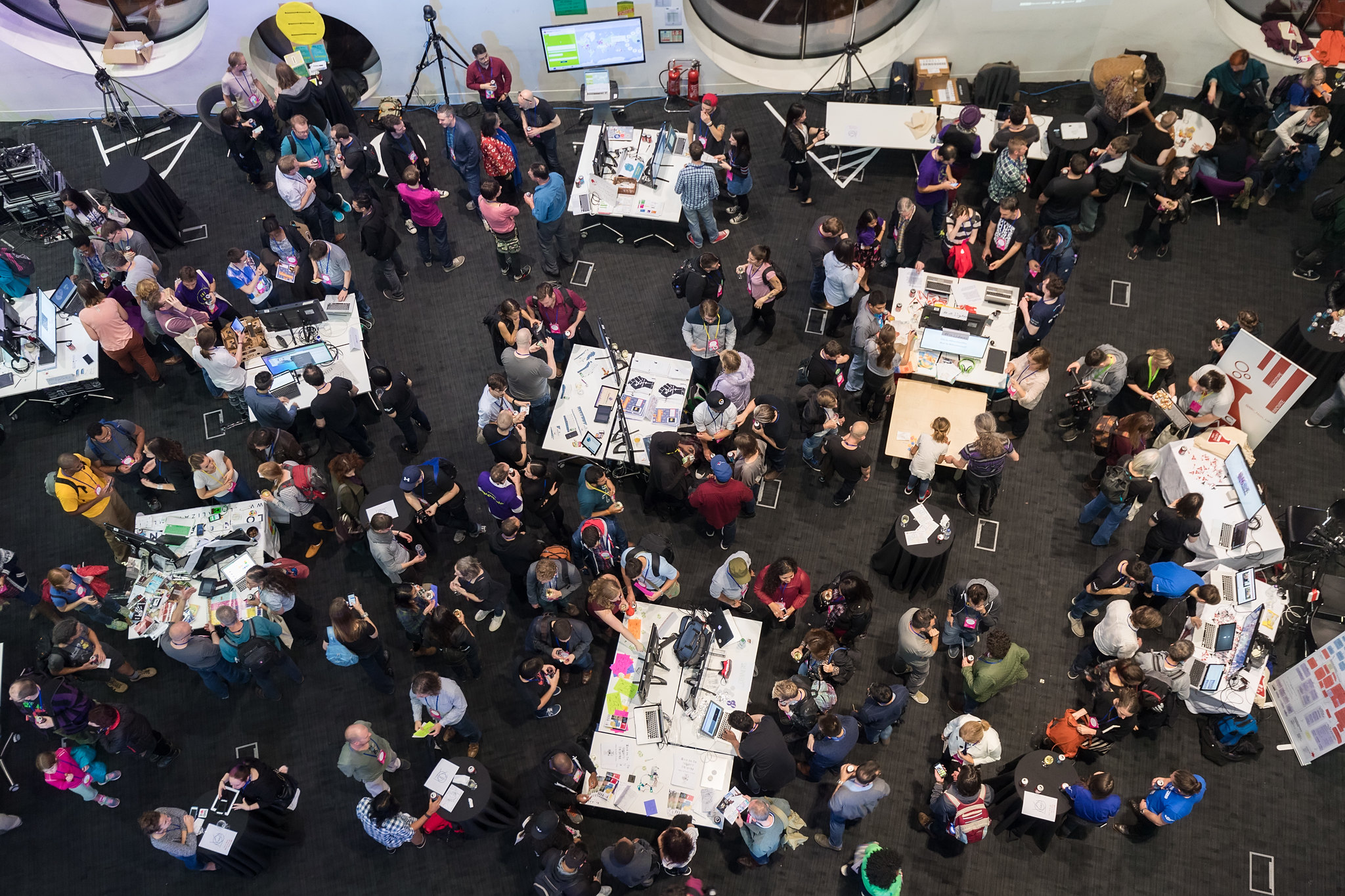 Science Fair was buzzing with cool open projects from around the world! We're at the top left! Credit: Mozilla Festival, (CC BY-NC-SA 2.0)

We spent 2 hrs straight at our stall, demoing Stall Catchers of course! (There was almost no time to see anything else on the two floor of the fair!) 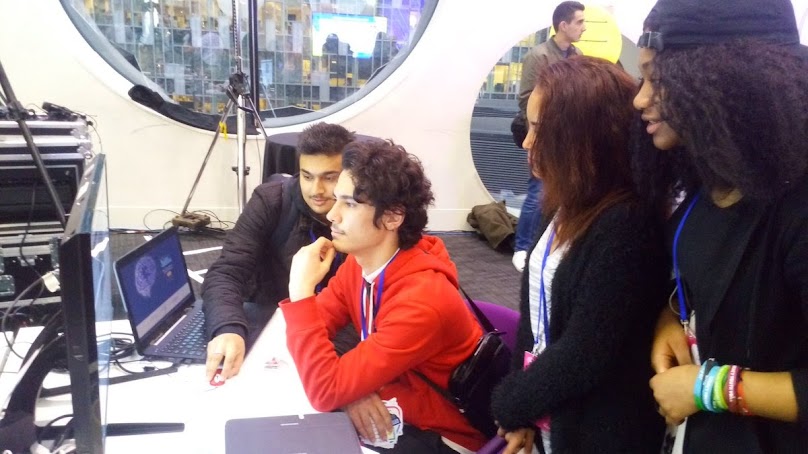 A lot of people came to have a look, and most were left amazed by what they saw - "are those real blood vessels, in the brain?!", "is this really available to everyone?!". After having a go at finding stalls (despite the painfully slow internet connection, which is, unfortunately, a common feature of Mozfest where everyone is trying to use it at the same time), people were amazed about the look of stalls, and got what the "flowing" vessel looks like almost immediately.

We've heard quite a few promises of "I will tell all my friends about it!", AND were invited for an interview with Christine Prefontaine from Mozilla's Story Engine!! (I did the interview on Saturday, and will share the story as soon as I have it!)

We also got a lot of enthusiasm from the Open Badges folks, who said we should definitely use badges to reward our participants, and engage school children more! We happen to totally agree with this idea, so we followed up with them the very next day & are cooking up some cool improvements at EyesOnALZ!

Despite some hiccups in the schedule (we have been dropped from it for a while for some reason!), we were set for 11.45, to demo in a cozy corner of the Open Science floor.

Prior to the session, Alice & I made some more posters and spread them out through the building :) Sadly, we were in such a rush that we forgot to take pictures of all of them, and they got taken down on Sunday to a place of no return :( Alice certainly rocks in poster making though! 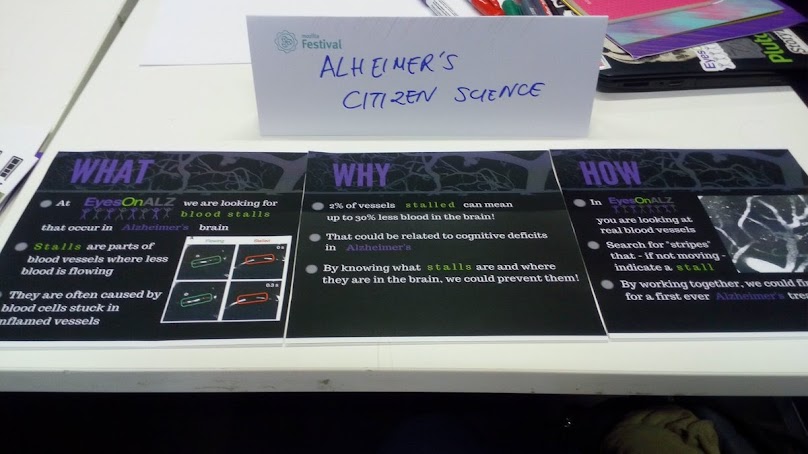 Our session was small, but very engaging. We had several people who came to learn how Alzheimer's citizen science is done, and many questions about the research, the game, and how this crowdsourcing of science actually works. 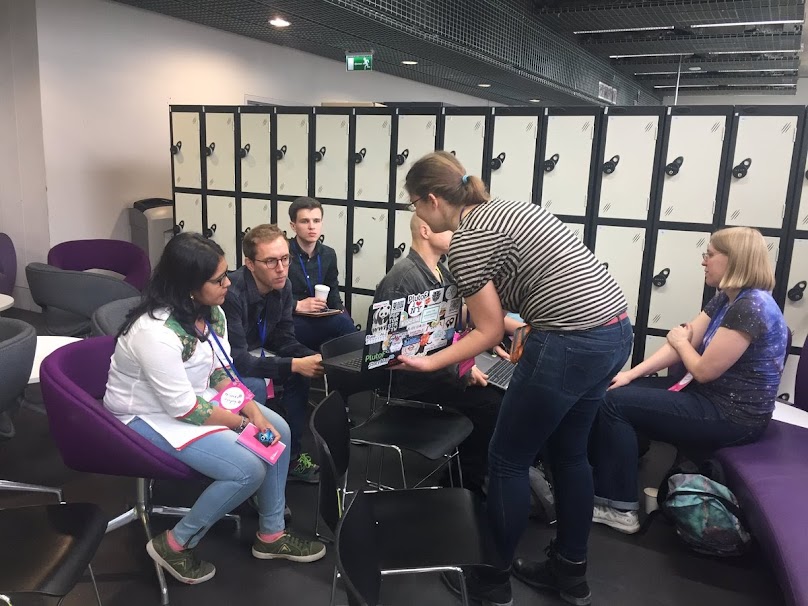 Our demo session. Thanks to Kirstie for the pic! 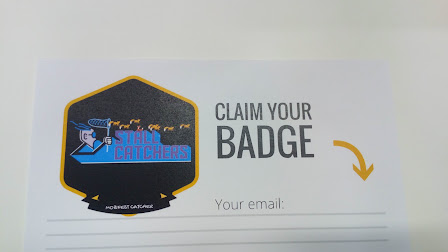 Participants also had a chance to sign up for the special Mozfest Stall Catcher badge :)

One of the participants, Tom, also told us about the opportunity to publish a guess blog post in BioMed Central! This was especially pleasing to me, as BMC is what has served as source & inspiration for me back when I was starting to dabble in science writing! :)

We will certainly share it when one of those sees the light of day!

Sunday - wrapping up & goodbye to Mozfest!

Sunday (10/30/2016) was a busy day for me, but less so for Stall Catchers (I had two unrelated sessions though, Crowd2Map - mapping rural Tanzania, another project of the Human Computation Institute, and Nerdcator - a map for nerd travelers).

Nevertheless, we had people asking about our project & even one person dragging me from the Nerdcator demo, so I can show him Stall Catchers on my phone! :) 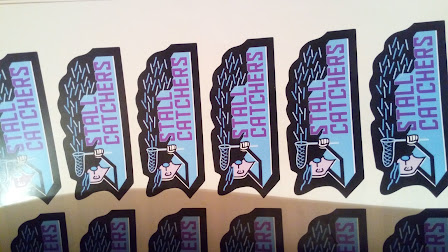 After all, it was a wonderful weekend, full of new connections & mutual collaboration emerging every day (or every coffee time to be exact!). Looking forward to next year!

See the Storify of our tweets from throughout the Fest here. 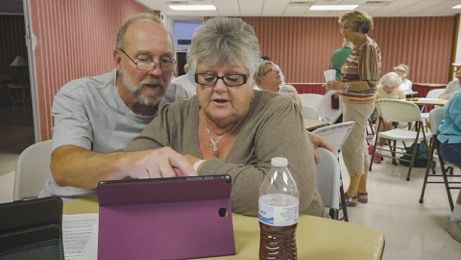 Exactly two weeks ago (Oct, 23) one of our dedicated Stall Catchers volunteers, Coralee Burch, ran a stall catching training session at her retirement community, Hawthorne at Leesburg in Florida,

Why is "validation" important? Stalls are very rare in Alzheimer's brain, but each is extremely important. Stalls - clogged blood vessels - reduce blood flow to many downstream vessels in the brain, sometimes costing up to 30% of total blood flow. That