From the series creators themselves!

Note: EyesOnALZ & Stall Catchers are featured in Episode 1, which you can watch online here.

The 21st Century is host to a new era of communications and global interconnectivity, where smartphones, computers, mobile tech and the cloud are radically changing the way we work, shop, recreate and connect with each other. We now have the technology to instantly combine individual actions with those of others to form powerful alliances, information banks and tools for change. Technology and “the cloud” offer citizens everywhere a powerful collective voice, and together we are “the crowd.”

THE CROWD & THE CLOUD 4-part documentary series debuting online and on public TV in April 2017 explores how these developments are resonating through the worlds of science and community, and showcases how “citizen scientists” are revolutionizing the collection, delivery and use of scientific data. Citizen science is quickly becoming a game-changing tool for both scientific research and community action, often shaving years off the timetables for new discoveries and for empowering community initiatives.

The series takes viewers on a fast-paced tour of the projects, people and technologies on the front lines of this profound evolution in scientific processes…and the personal stories are remarkable.

Thousands of citizen scientists are advancing the search for a cure to Alzheimer’s. They are our neighbors, in-laws and co-workers, and they are all playing the EyesOnALZ “Stall Catchers,” an online game that engages “the crowd” to analyze research data. “Stall Catchers” is reducing the analysis timeline from years to weeks, enabling scientists to progress faster than ever before.

OpenStreetMap is a worldwide effort where tens of thousands of citizens around the world are logging in and mapping their communities and those far away, providing online, up-to-date maps available to all and used by the Red Cross and first responders in times of crisis.

The series presents 20 fascinating feature stories covering a wide range of topics including extreme weather forecasting, virus tracking, man-made disasters, clean water, wildlife research, medical breakthroughs and more. It has also published a comprehensive THE CROWD & THE CLOUD website (CrowdAndCloud.org) that includes scores of related projects, interviews, videos, resources, and a powerful project finder link that makes it easy for anyone interested in citizen science to get involved.

THE CROWD & THE CLOUD series and companion website are illuminating windows into the boundless capability and opportunity citizen science holds for all of us. It’s an insider’s view of what can be accomplished when “the crowd” meets “the cloud,” and individuals work together, spanning time and space to confront challenges with a powerful new perspective on the role and value of science. 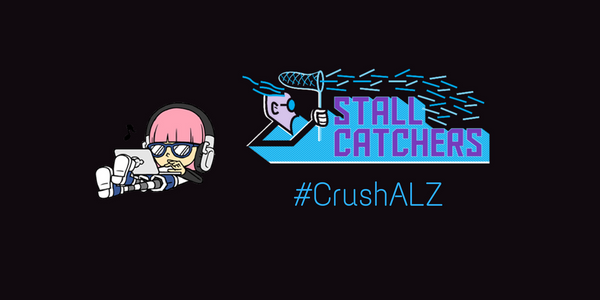 We've been cooking up a special feature on Stall Catchers for a while, and very soon everyone will be able to create or join a team & catch stalls together