We've been cooking up a special feature on Stall Catchers for a while, and very soon everyone will be able to create or join a team & catch stalls together with friends or colleagues!

Moreover, to celebrate the TV premiere of The Crowd & The Cloud documentary on citizen science, which features EyesOnALZ, we have set up a month-long team competition, which begins with the premiere on April 6! 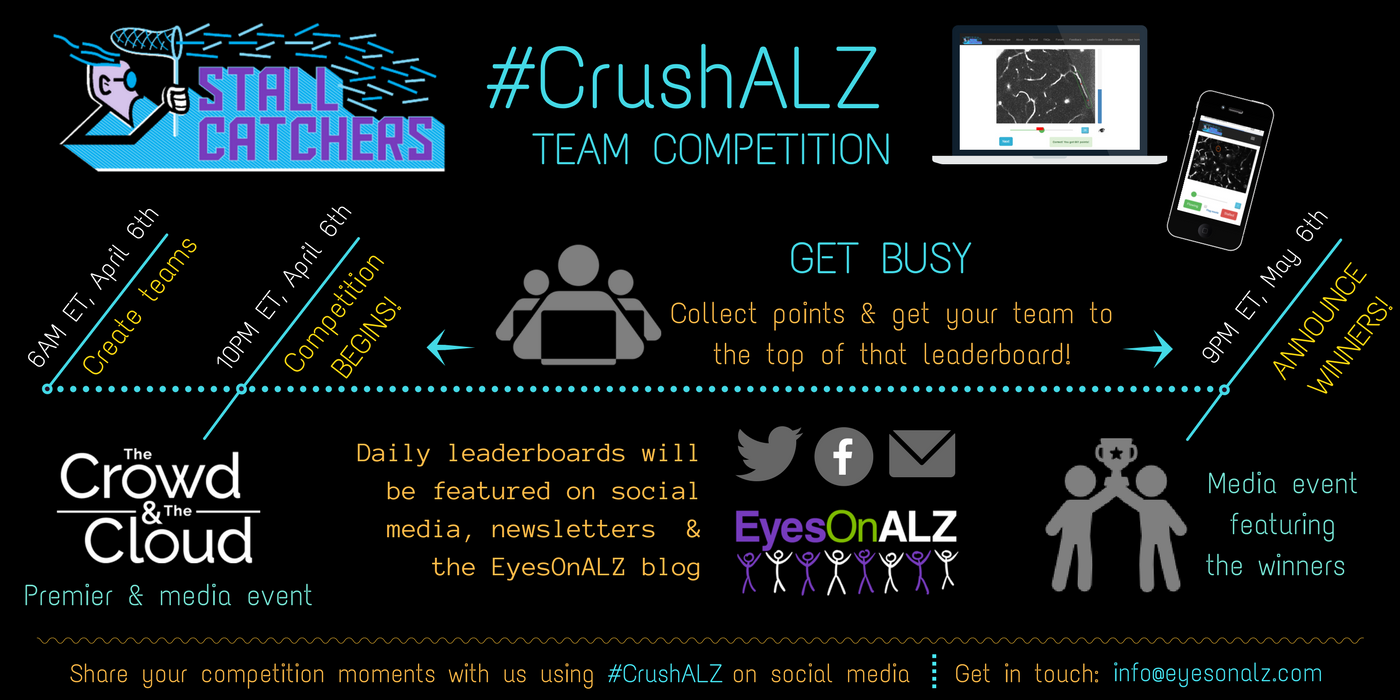 The competition will invite everyone - including individuals, organizations and classrooms who want to help eliminate Alzheimer's - to create a team & rally colleagues to compete with other teams in the game.

Each member of your team who plays the game will get points that contribute to your overall team score, and elevate you on the world-wide leaderboard. During the course of the month, the leaderboards will be publicized daily, with the most active team profiles and interviews with players featured on our blog!

Our principal investigator, Pietro Michelucci, on the competition & how it will help to solve yet another question in the groundbreaking Alzheimer's research of our collaborators at Cornell:

The competition will kick-off during the live post-premiere event on The Crowd & The Cloud Facebook page, which will be attended by Pietro & our biomedical collaborator Chris Schaffer from Cornell - see you there!

Stay tuned for more info + instructions how to form teams, and get ready to help us #CrushALZ on April 6! 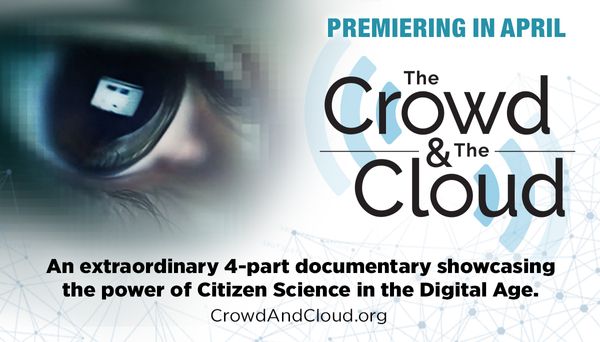 From the series creators themselves! Note: EyesOnALZ & Stall Catchers are featured in Episode 1, which you can watch online here. The 21st Century is host to a new era

We are happy to announce - and this is no joke! - that the episodes of the long awaited The Crowd & The Cloud citizen science series are now available online, featuring EyesOnALZ & Stall Catchers in Episode 1!! **Watch it online NOW!** The