And it was a great success! Sam sent us a note:

The Stall Catchers booth at H-B Woodlawn’s Science Expo last Thursday was a hit! We had tons of students, parents, and other community members who came up to the booth to learn about Stall Catchers, how to play, and discuss what the new “Citizen Science” movement is all about. I’d say it was a great success! Hopefully you've noticed some more folks registering and logging on to play Stall Catchers from Arlington, VA since Thursday.
Samantha Taggart, teacher at H-B Woodlawn

And some photos taken my Martha:
Sam, who organized the booth: 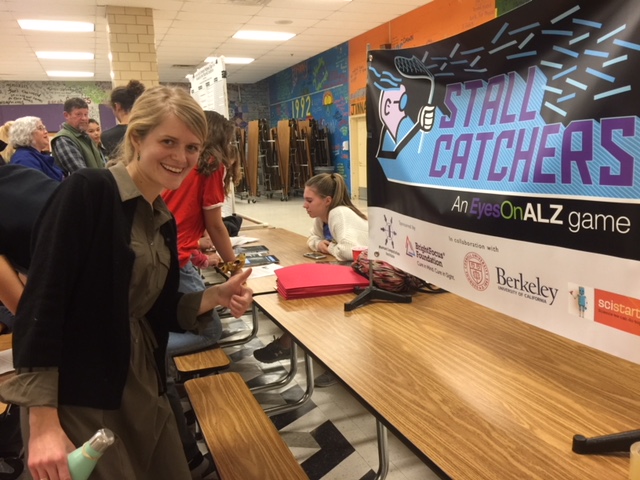 The crowd at the booth - it was run by students! 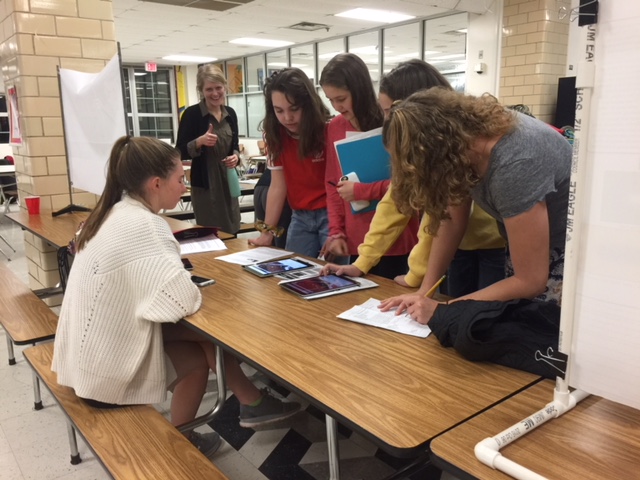 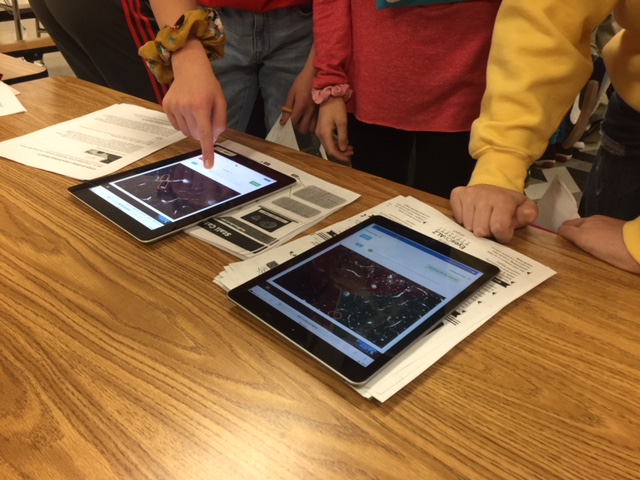 According to Sam, there was a lot of interest among parents too, including one parent who was interested in bringing Stall Catchers to their own classroom, as well as use it as a community service opportunity for ESOL (English as a second language learners) students who often hold jobs outside of school which prevent them from attending community events but could make time to do some fun, interactive stall catching in order to aid Alzheimer’s research! Amazing!!

Our biggest thanks to Sam & Martha for bringing Stall Catchers to H-B Woodlawn & sharing event moments with us!

==If you're keen on hosting a [Stall Catchers](https://stallcatchers.com/main#) booth or event at your own school, organization or community - [let us know](mailto:info@stallcatchers.com)! **We'll support you with digital materials and guidance!**==

You can also check out some event resources here. And here's a also quick start guide for booths, and a "Getting started" flyer for download.

Last Thursday, 21st December, will enter the history books, as the day when the first Citizen Science trophy was given to a school! :)) or at least we certainly hope so