Last Thursday, 21st December, will enter the history books, as the day when the first Citizen Science trophy was given to a school! :)) or at least we certainly hope so - as well as we hope this tradition continues with other citizen science projects! 🏆

But let's take a step back and tell you what is this all about...

Last May, we ran the #CrushALZ competition in Stall Catchers, which was joined by multiple teams, including "Middle School STEM" from Lake Hazel Middle School. The team grew to around 250 students during the competition, and held first positions for many days in a row, finally crushing other teams & winning! (Fuelled by a pizza party on the last days 😆 )

We had planned for months to visit the school & give them a Stall Catchers trophy in person, and this week it's finally happened!

We've been waiting patiently, so we don't spoil the surprise for the winners of #CitSciAward ... and it's been a challenge! 😅

Look how awesome this #CitSciTrophy🏆 is!! It's been designed by @Seplute & MN and made @technarium hackerspace!

Want to use this design to make your own Citizen Science trophy? It's all open source, just let us know!

See the account and photos of the historical event by Pietro: 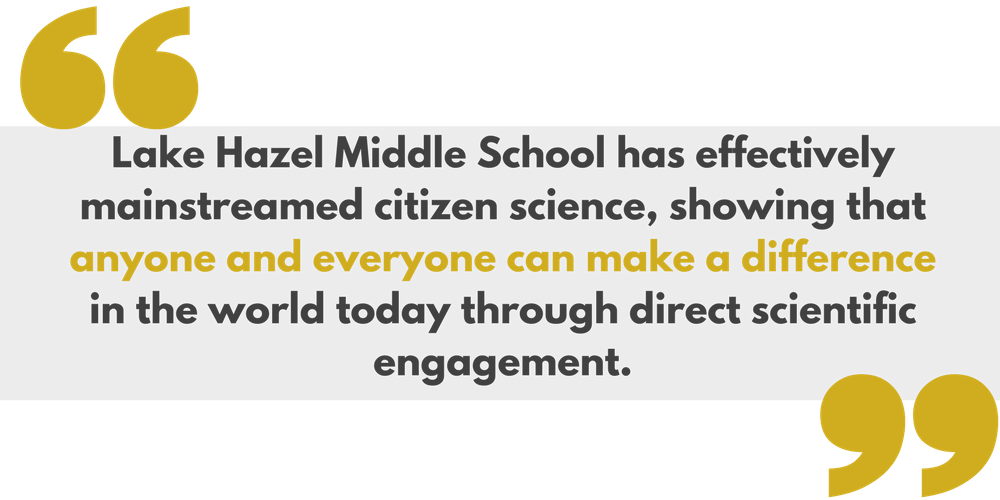 Last Wednesday, I traveled to Boise, Idaho to honor the students and teachers of Lake Hazel Middle School, who epically won our Stall Catchers #CrushALZ team competition, with the world's first citizen science trophy. (For an exciting recap of this neck-and-neck competition, see the original coverage here.)

I found lodging nearby, so I could walk to school in the morning like the other students, breathing the fresh Idaho air and arriving under the bell. As it turned out, I got lost twice, and arrived 10 minutes late with a cold face and numb ears (along with a couple other stragglers). In other words, I faithfully recreated my childhood.

In addressing the student body, I wanted to let them know how deeply beholden our EyesOnALZ team was (and is) to them for their tremendous effort and the resulting Alzheimer's research they accomplished during the 4-week competition. I also wanted them to understand the historic significance of coming together, not just as a classroom, but as a school-wide team of 250 students to demonstrate the collective cognitive power of middle school students. Lake Hazel Middle School has effectively mainstreamed citizen science, showing that anyone and everyone can make a difference in the world today through direct scientific engagement. 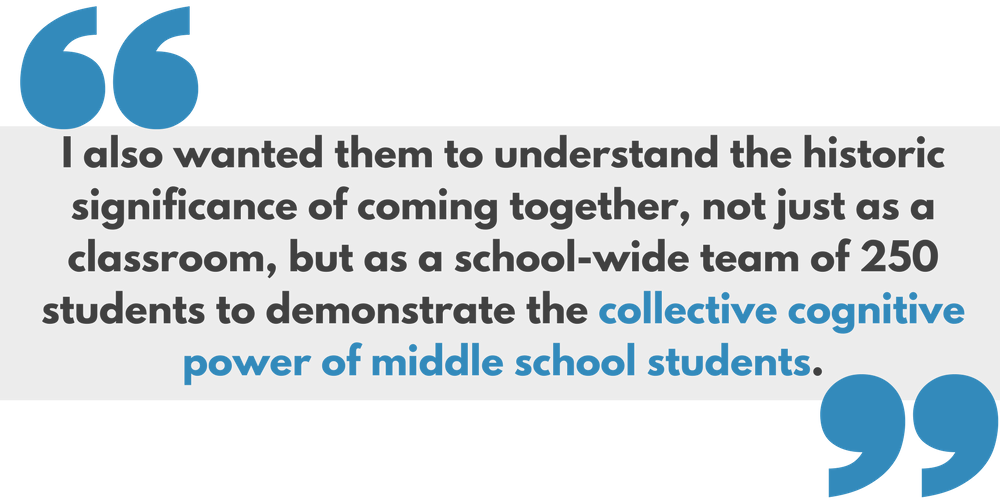 (As it has been not-so-gently pointed out to me by dear colleagues that I can be occasionally long-winded, I was particularly proud of myself for keeping well within the allocated 10-minute time slot.)

Following the ceremony and TV interviews with Ms. Davis and the students, we relocated to the school library where a stall catching session quickly transformed into a focus group for generating new feature ideas. These included giving bonus points and more fanfare for leveling up, daily "game inside a game" challenges with extra tricky vessels, and others. At least some of these will likely make their way into Stall Catchers!

These Boisean brainiacs are full of creative and useful ideas, some of which will surely work their way into #stallcatchers @eyesonalz https://t.co/EWKJyLvXed

One of the most productive aspects of the visit involved a series of meetings with Ms. Davis and her teaching colleagues about creating Stall Catchers curricula so that teachers everywhere could download turnkey lesson plans so they could use Stall Catchers to teach their students about science, math, and technology, while meeting state educational requirements.

Icing on the cake was getting to meet students throughout the day in the classrooms and in the hallways who would share stories about their role in the team competition and ask insightful questions. 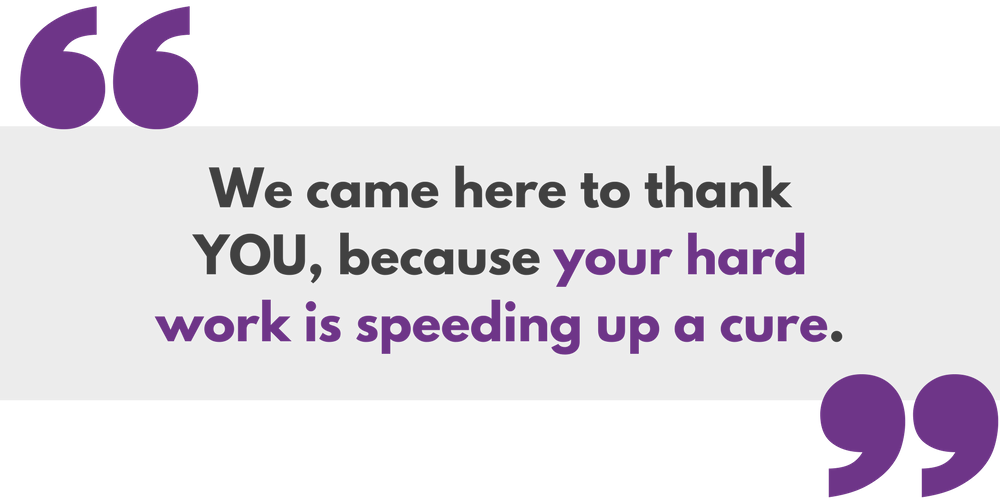 Always gratifying however was being thanked by these gracious students and teachers for creating Stall Catchers and coming out to give the award. My astounded answer was always "we came here to thank you, because your hard work is speeding up a cure."

Hooray❗First ever #CitSciTrophy is officially in the hands of "Middle School #STEM" team of #StallCatchers!

According to @pmichelu they were not letting the trophy🏆 out of their sight after the ceremony! Hope it inspires even more #citizenscience at Lake Hazel & elsewhere 😊 pic.twitter.com/Sp4EATTDhi

P.S. Will your classroom be next? 😛 Let us know if you'd like to be involved!

Will your #k12 #STEM classroom be the next to receive a #CitizenScience award for helping researchers crush #Alz?!#edchat 😊#PBLchat https://t.co/CYoqpJey4v

Last December we told you about our goal to reach 10 000 Stall Catchers users - and we almost made it!! Today, we're almost 8 thousand, and we're not about

Last week, with the help of Samantha Taggart (H-B Woodlawn Secondary Program) & her mom - Martha Taggart (from the BrightFocus Foundation - our sponsors!) we sent Stall Catchers to