!!! Updated! We accidentally missed out three CitSciMedBlitz triathletes: Andama, Christiane and Laurie. Our apologies for the mix up! 💜 See edited results below...

Hope you all had a blast during the first-of-its-kind CitSciMed Blitz last week! And… the results are finally in!

There were three separate challenges during the blitz: Stall Catchers, Mark2Cure, Cochrane Crowd. Here’s a recap of what the tasks on these platforms are:

Everyone could choose whether to participate in just one, two or all three challenges, and 14 participants joined all three! Each and every one of YOU who did will receive a “CitSciMed Blitz Triathlete” digital badge, issued by us – the Human Computation Institute :) the badge goes to: 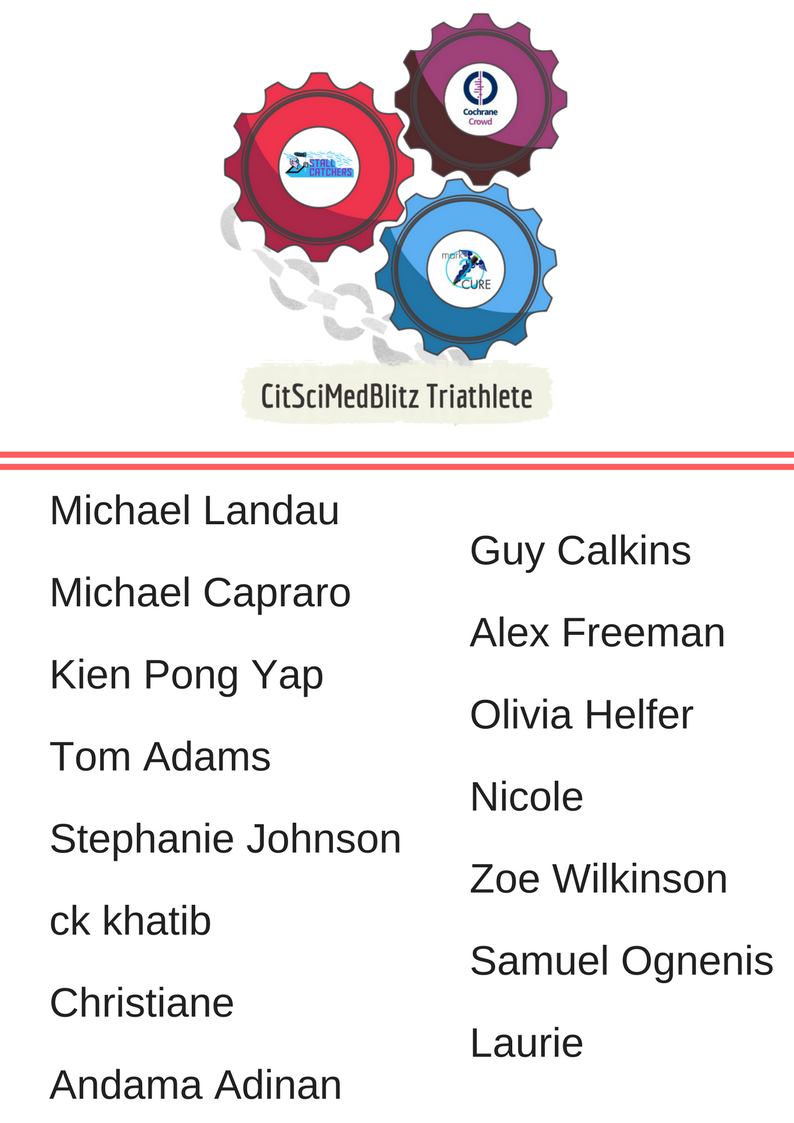 Moreover, the “triathletes” qualified for a special triple citizen science trophy… and we’re about to tell you who won… (drummmmmms 🥁)

🏆 Michael Landau – originally one of the Stall Catchers, scored highest across the three platforms!!

We will be mailing the special custom-built trophy to Michael from Technarium hackerspace in Lithuania, where it is currently being cooked up :)

Not only that, Michael had loads of feedback and insightful questions (as he’s had during his many months of catching too!) for Mark2Cure & Cochrane Crowd, which is always highly valued :) other catchers contributed to the feedback too - head to our forum and join the conversation: here and here.

But that’s not all… Trophies will go to the winner of each separate platform as well! And here’s the top scorers: 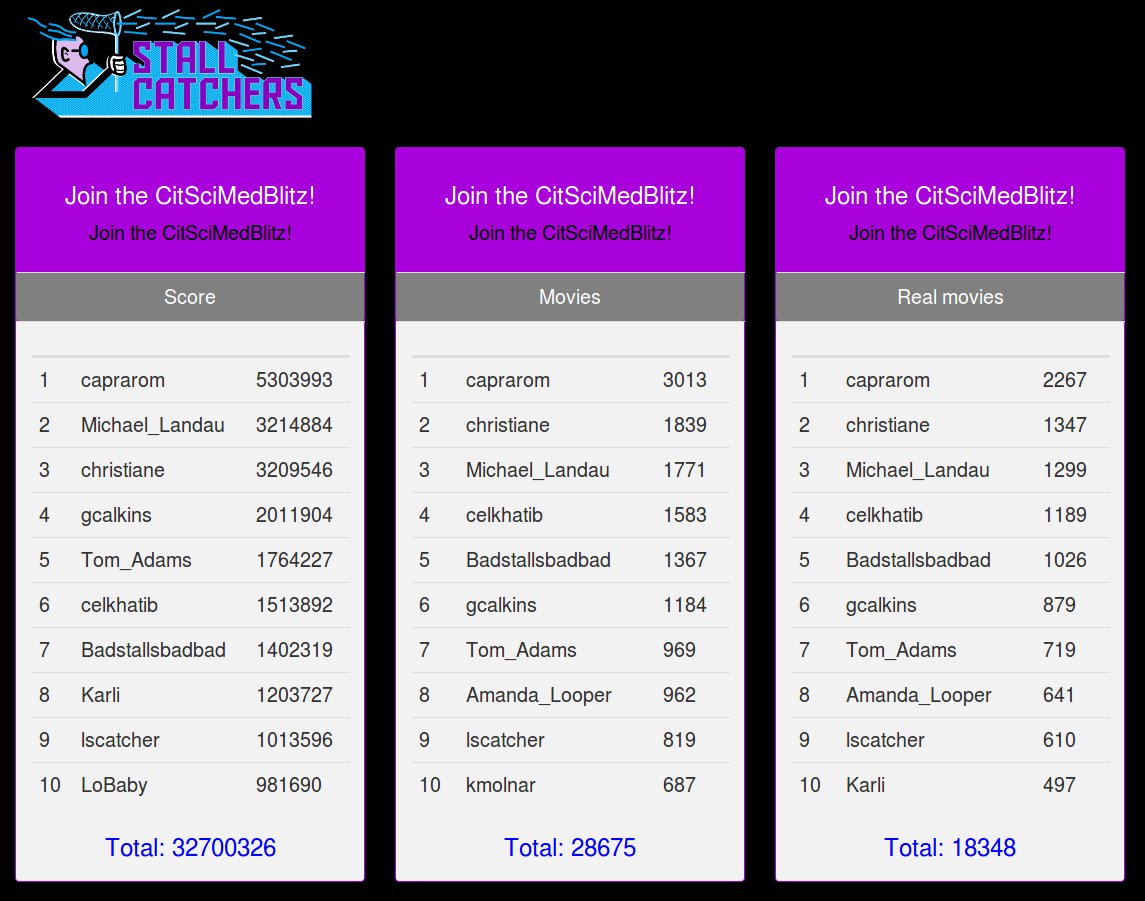 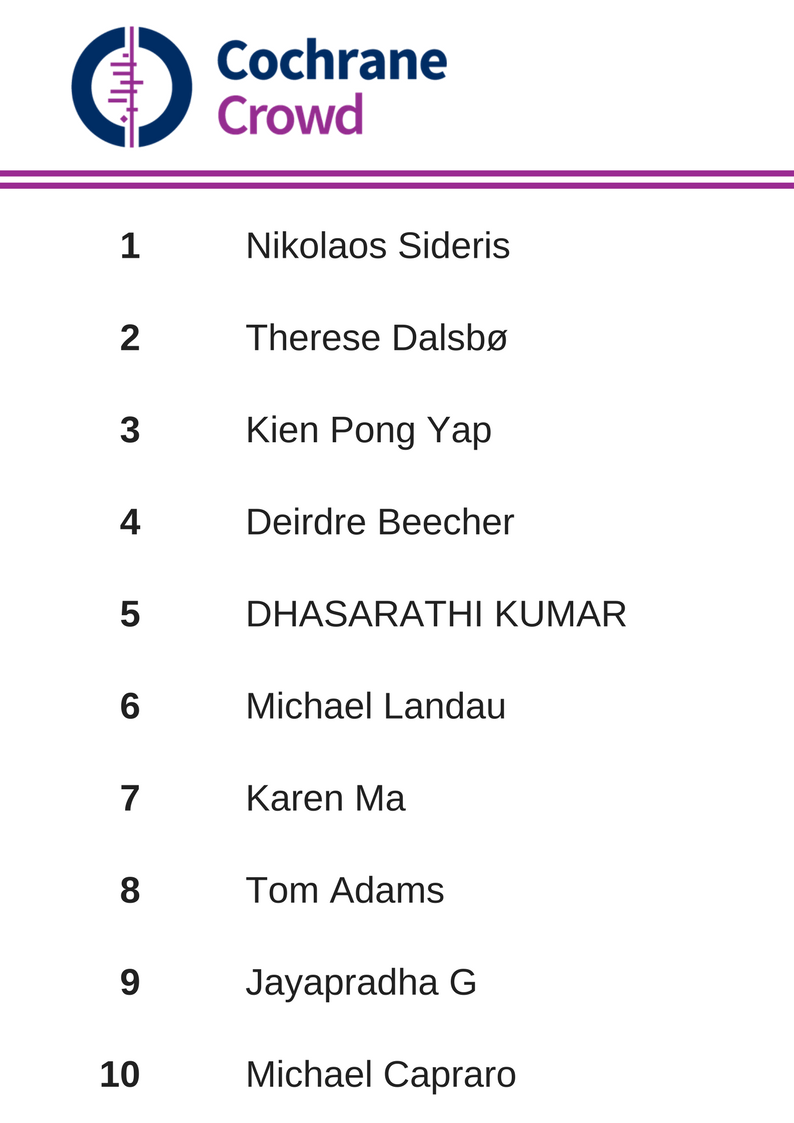 Besides the trophy, Cochrane Crowd challenge runners up in 2 to 10 positions on the leaderboard will receive copies of "Testing Treatments" - a book by Iain Chalmers.

Congratulations all participants!! And stay tuned* for more CitSciMedBlitz stats ... :)

* while you wait, check out this [awesome write up of the blitz](https://mark2cure.org/blog/citscimedblitz-recap-and-results/) by Mark2Cure and [this one](http://community.cochrane.org/news/announcing-prize-winners-2018-citscimed-blitz) by Cochrane Crowd, and a recap of the Mark2Cure challenge [here](https://mark2cure.org/blog/citsciblitz-update/).

Today, March 14th, is Science Education Day! This day has been celebrated since 2014, as "a chance to celebrate and say thank you to all those who share their passion for science with kids and adults everywhere and in all venues." We

Today, one of our team, Claire, brought Stall Catchers to a science club at the Patcham Junior School in Brighton! Claire presented Stall Catchers to junior kids (10-11 years old). Here's what she said after: I was impressed by their knowledge. They were asked