Some of you might have received the good news in the mail already... And if you've helped analyze the datasets, you're on the list of authors! 💜

There are THREE scientific articles currently in the process of being published, with results derived directly from your blood vessel analysis in Stall Catchers. Usernames of all catchers* who contributed to each of these datasets are on the list of authors.

* Except those who chose to not appear on the list.

You helped discover that: A high fat diet increases the severity of Alzheimer's in mice, but not by increasing the frequency of stalls.

You can read the full pre-print article here.

Here's more information about the high fat dataset that you helped analyze in Stall Catchers.

And here's a handy video explaining the research question:

Running - the role of exercise

You helped discover that: Exercise reduces some Alzheimer's symptoms in mice, but does not impact the frequency of stalls.

The next paper in the works concerns a research question YOU helped raise!

The paper discusses findings of the Running dataset you catchers helped analyze late last year. Read here for more info about the dataset and the story of how the question itself came up in our forum.

Read the pre-print of the article here.

Lastly, there is a paper in the works concerning the "anti-VEGF" dataset, which you can read about here. It is still being scribbled down in the lab, but we received word it will be wrapped up very soon. We'll let you know more about the results, and where to find the pre-print, as soon as it's out there! :)

All three papers will be published in scientific journals, the process of which is still ongoing. We will publish the links and the pdfs of the papers here once they're out there, so stay tuned!

But for now, do take a look at the pre-prints (the final published versions will not look much different than their current form), and of course... 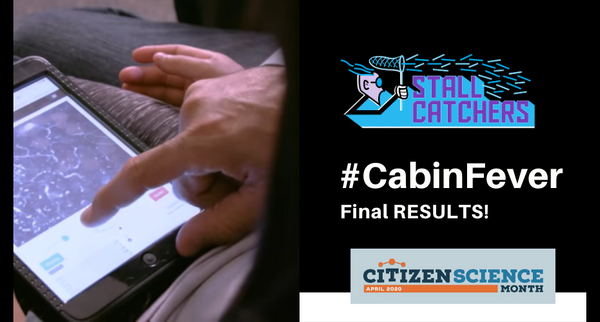 133 catchers - have joined!! 69 teams - have participated! Among which there were... 8 are school teams and 7 - library teams! See the relevant leaderboards below. 214 K