Exciting news, catchers! 😍 Another paper was just published (as a pre-print for now), based on the results YOU HELPED GENERATE! Aaaand - "Stall Catchers", meaning YOU, are in the authors line!

You can read the full preprint here. Or scroll down for a quick summary!

This study helped make an exciting discovery that an anti-VEGF treatment reduces the frequency of stalls and increases blood flow in Alzheimer's mice!

You can read more about the research behind in this post on the "anti-VEGF" dataset, which is in fact what this study was based on.

But in short, VEGF is a molecule involved in inflammatory and other processes in the cells. The hypothesis was that it is also involved in inducing capillary stalling in the brain in Alzheimer's, which you have now helped prove is correct!

Anti-VEGF treatment blocks VEGF and, in result, the stall rate is reduced.

An excerpt from the paper:

Here, we report that Vascular Endothelial Growth Factor (VEGF) signaling  at the luminal side of the brain microvasculature plays an integral  role in the capillary stalling phenomenon of the APP/PS1 mouse model.  Administration of the anti-mouse VEGF-A164 antibody, an isoform that  inhibits blood brain barrier (BBB) hyperpermeability, reduced the number  of stalled capillaries within an hour of injection, leading to an  immediate increase in average capillary blood flow but not capillary  diameter.

What does it mean for Alzheimer's research?

This study helps provide a new and very important piece of the puzzle, explaining the between VEGF signalling and stalls in the brain which leads to Alzheimer's.

Which means VEGF could be a promising target in finding therapies that improve blood flow and reduce symptoms in Alzheimer's patients!

Here's a couple excerpts from the paper explaining this:

What was the Stall Catchers part?

While the researchers could do some of the experiments in the lab, like blood flow rate studies, the complete study wouldn't have been possible without stalled vessel analysis. Which YOU carried out in Stall Catchers!

Here's an excerpt about your work from the paper:

To  determine the incidence of non-flowing capillaries within the  microvasculature we used a purpose-built citizen science data analysis  platform, StallCatchers. We previously detailed and validated this  methodology (Bracko et al., 2019).  Briefly, we used the convolutional neural network DeepVess to segment  2PEF stacks into voxels defined to be within or outside of the  vasculature (31). Vessel centerlines were then determined from this segmented image using standard dilation and thinning operations (32),  and individual vessel segments were identified. Vessels with diameters  greater than 10 μm were excluded in order to restrict our analysis of  stalling behaviors to capillaries. Identified capillary segments were  outlined and a cropped image stack centered on each outlined capillary  was uploaded to www.StallCatchers.com.

Volunteers scored each of the ~60,000 capillaries examined in this  study as either flowing (0) or stalled (1). Since the Texas Red dextran  labels the blood plasma, blood cells were seen as dark patches in the  microvasculature lumen. StallCatchers users would determine whether they  saw these dark patches move along the vessel axis across the multiple  frames in which the outlined capillary was present (minimum of ~5).  Multiple volunteers scored each capillary as flowing or stalled. Each  volunteer had a unique sensitivity score determined by their performance  on intermixed capillaries that had already been scored as stalled or  flowing by lab members. A weighted “crowd-confidence” score that took  each volunteer’s sensitivity into account, ranging from 0 (likely  flowing) to 1 (likely stalled) was then determined for each capillary.  Capillaries with scores above 0.5 (n=900) were validated by lab members  who were blinded to the genotype and treatment-status. Capillaries with  crowd confidence scores of 0.9-1 were found to be stalled 95% of the  time by lab members, whereas with confidence scores between 0.5 and 0.6,  only 1.5% of the capillaries were determined to be stalled by lab  members. This citizen science scoring of capillary flow reduced the  number of capillaries directly examined by lab members by a factor of  50. Finally, stall rates were calculated as the number of stalled  capillaries divided by the number of total capillaries across all 2PEF  images taken for each mouse at each time point. All imaging stacks were  manually checked for wrong connection after segmentation.

If you have any questions about this study or the paper, feel free to open them on our forum! 😊

Major thank you to all of you who contributed to this study 💜 This work couldn't have been done without you!!

Currently in Stall Catchers we have the "ApoE" dataset. Head straight there if you'd like to contribute to more amazing discoveries!! 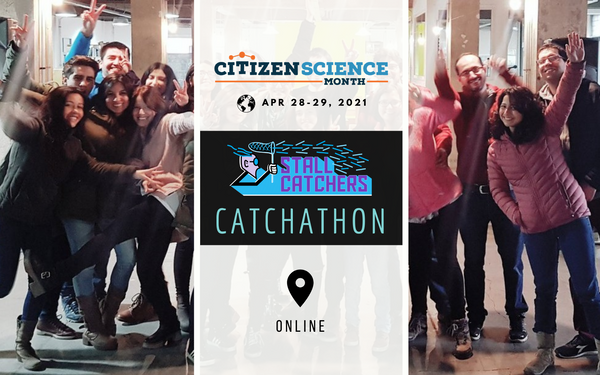 Another one is out there! Earlier this we told you about the first scientific paper published with Stall Catchers data - data YOU helped generate - in Nature's Scientific Reports.